Shame on me to take more than two weeks delay to post the next Research Trip post. As you knew, I am doing my research’s field work in Kudus, Central Java. Early of last week, I was being reviewed by reviewer from ITC, and this last weekend something big happened so I didn’t really have time to make even a simple post, my apologizes.

Well, you can call me a drama queen but my latest research trips all are about music video materials. Ke ke ke ke.. Started from the third day, it was tough and the fourth day was the toughest. Since the beginning of my research Trip in the last week of November I have thought about Miley Cyrus’s The Climb. The fourth day was a disaster. It was raining there so the roads were slippery. I am not talking about decent asphalt roads but the muddy ones. And on that day I should walk for more than 2 kilo meters of that kind of roads. Plus, it was hill, It’s climbing. 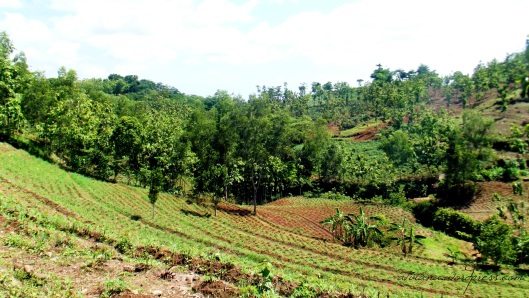 Like I said on the last Research Trip post, that was a new experience for me. I mean, the climb. During the trip, I felt like the hilly-muddy roads had no end, and I would keep climbing. I must say, the views were amazing, so it just like rewards after struggling on the slippery road. Totally, I take 25 soil samples, and now all the samples are under some lab tests in Soil Lab. BPTP DIY. They promised, I will get the results in a month –fingers crossed.

The lesson I learned that in life, also there will be always another mountain. Just like what the song tells. After my proposal defend, there was several tough consultation sessions, hard field works, then a week ago a mid review. You can say that all of the challenges are mountains I should climb. 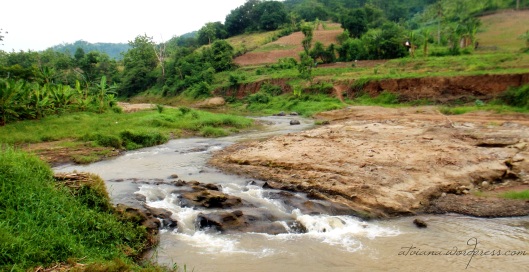 I played with water here… 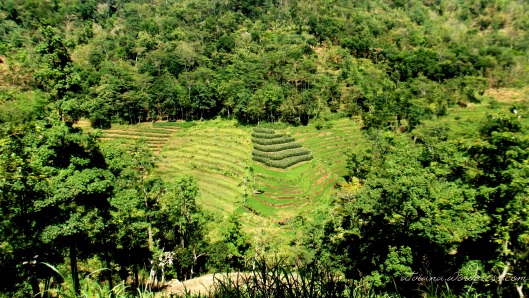 And the music-video materials did not stop there, in the end of the long and rough of fourth day there was a rainbow came from nowhere in my way back home.

a bow of colors

I knew for sure, it was my little-clingy-thing that made me full with happiness. Smiles just appeared on my face, ear to ear. c: 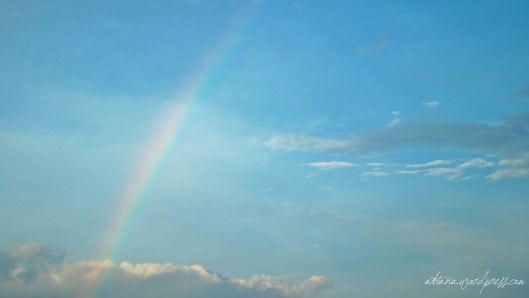 it was pretty, wasn’t it?

Even though it was hard, I knew I should passed it, since it’s The Climb!

ps2:
Note for my lost-friend: I thought you were one of my besties, but you just ignored me, and tossed me aside. I hope you are happy with whatever your choice of path right now.